The concluding quarter of 2022—one of the most tumultuous calendar years across financial markets in recent memory—started strong for risk-seeking investors, particularly those emphasizing domestic markets. While some of this strength has since dissipated in the early trading activity of the first half of November, performance across the major asset classes and categories mostly reflected a risk-on tone in October. The Federal Reserve’s (Fed’s) 75-basis-point increase to the policy rate on November 2, as well as hawkish near-term forward guidance, affirmed the Fed’s steadfast pursuit of restoring price stability amid the most severe cost of living crisis since the early 1980s.

Canvassing the key corners of the global financial markets, the global equity asset class experienced strongly positive but dispersed results during the month. Domestic equities outperformed developed international equities and significantly outperformed emerging market equities on the month. The latter suffered a double-digit monthly decline from its largest geographic constituent, China. Stylistically, value meaningfully outperformed growth on the month, with elevated returns across the energy and financial GICS sectors serving as key drivers of the relative outperformance. From a capitalization standpoint, the risk-on bias during the month supported strong relative outperformance across small and microcap equities.

The rate-sensitive corners of the bond market faced further performance headwinds through a continued rise across interest rates. This theme seemed to be supported by stubbornly high inflation and ongoing Fed tightening measures. However, a monthly narrowing of credit risk premiums helped ease broader financial conditions during the month.

October delivered healthy returns across the majority of risk-oriented corners of the global financial markets, most notably in the U.S., where domestic equity returns easily bested those generated by the international developed and emerging market constituency.

While at times the rallies that occurred during the month felt sustainable, this was most likely due to the growing view that a Fed “pause” in tightening conditions was on the horizon. However, the Fed’s early November decision to increase the overnight policy rate by 75 basis points, the fourth consecutive hike, combined with hawkish near- term forward guidance by Chair Jerome Powell at the press conference on November 2 following the rate hike announcement, affirmed the Fed’s restrictive stance.

Despite the Fed embarking on one of the most aggressive tightening campaigns in the modern era, core inflation throughout 2022 has proven stickier than many market participants initially anticipated, given the narrative in late 2021 and early 2022 that multi-decade high inflation was merely a “transitory” phenomenon. Through September, core consumer price inflation stood at an annual rate of 6.6%, the most elevated rate since 1982 and more than triple the Fed’s 2% inflation target.

Monetary policy actions taken by the Fed, which are lagging in impact, may ultimately help restore the price stability the Fed seeks. The incredibly sharp year-to-date deceleration in money supply growth amid hikes to the policy rate and a reduction in the size of the Fed’s balance sheet, as well as the related result of declining banking system reserve liquidity, may serve as primary headwinds to further gains in inflationary momentum.

When viewed through a 15-month lead time, the marked deceleration across M2 money supply growth in 2022 is expected to represent a critical downward force on the near-term inflationary bias. Through September, year- over-year growth across the M2 money stock stood at just 2.6%, a pace 4.5 ppts below the historical average of 7.1% and the slowest growth rate since exiting the Global Financial Crisis. When viewed through this lens, we believe the significant year-to-date decline of the money supply should help restore price stability in the near term. This dynamic would be a welcomed development for the Fed but a potentially destabilizing macro force across the domestic growth engine.

Similar to the beginning of the third quarter, performance for the first month of the fourth quarter proved robust for the majority of risk-oriented sectors, notably domestic, as anticipation of a “pause” in Fed tightening grew. This positive momentum encountered resistance in early November, however, as investors digested the Fed’s latest tightening measures and the expectation for more to come on the near-to-intermediate horizon. 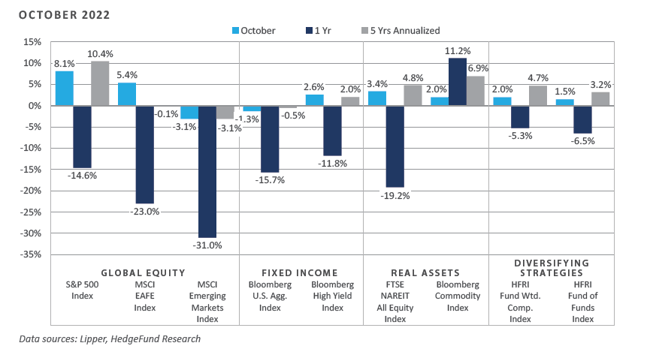 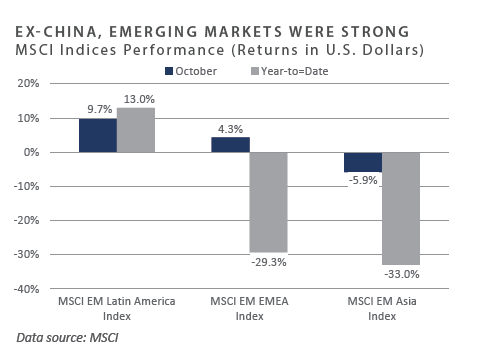 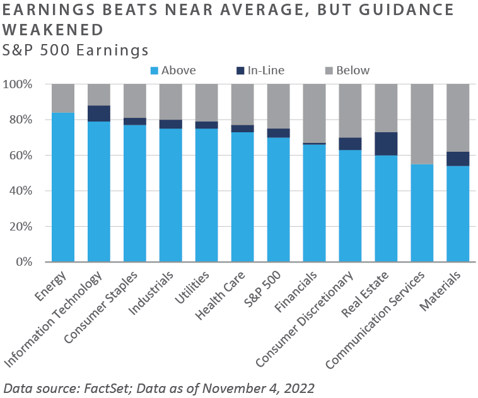 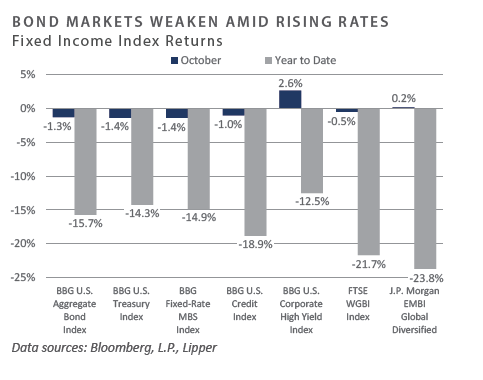 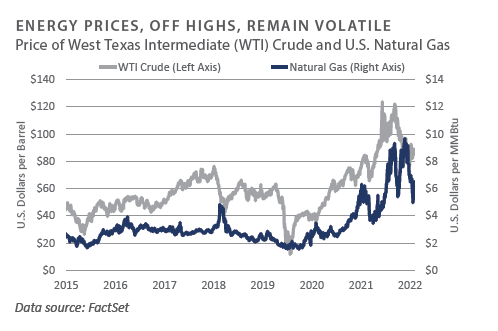 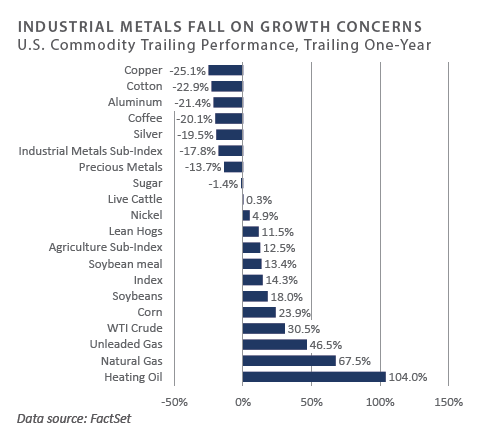 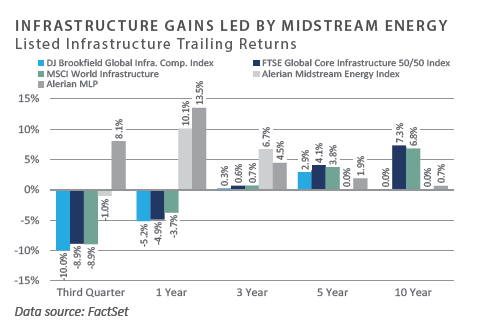 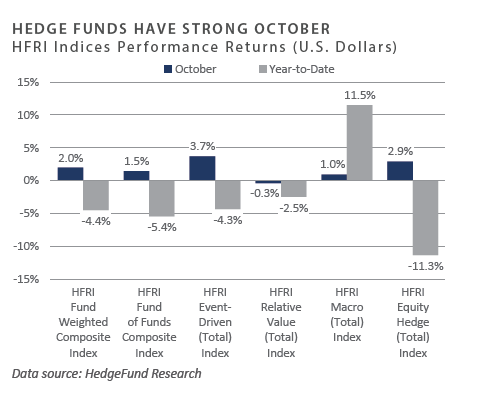 FTSE Real Estate Indices (NAREIT Index and EPRA/NAREIT Index) includes only those companies that meet minimum size, liquidity and free float criteria as set forth by FTSE and is meant as a broad representation of publicly traded real estate securities. Relevant real estate activities are defined as the ownership, disposure, and development of income-producing real estate. See https://www.ftserussell.com/index/category/real-estate for more information.

HFRI Monthly Indices (HFRI) are equally weighted performance indexes, compiled by Hedge Fund Research Inc. (HFX), and are used by numerous hedge fund managers as a benchmark for their own hedge funds. The HFRI are broken down into 37 different categories by strategy, including the HFRI Fund Weighted Composite, which accounts for over 2,000 funds listed on the internal HFR Database. The HFRI Fund of Funds Composite Index is an equal weighted, net of fee, index composed of approximately 800 fund- of- funds which report to HFR. See www.hedgefundresearch.com for more information on index construction.

S&P 500 Index consists of 500 stocks chosen for market size, liquidity and industry group representation, among other factors by the S&P Index Committee, which is a team of analysts and economists at Standard and Poor’s. The S&P 500 is a market-value weighted index, which means each stock’s weight in the index is proportionate to its market value and is designed to be a leading indicator of U.S. equities, and meant to reflect the risk/return characteristics of the large cap universe. See www.standardandpoors.com for more information.