Our talented team of investment professionals regularly create and distribute educational materials delivering timely data, perspectives, and insight on the markets and related topics. You can review our most recent publications below.
October 16, 2019

Following two consecutive quarters of strong gains across both risky and high-quality assets, market performance appeared muted in the third quarter, as investors digested numerous market-moving macro developments, such as geopolitical tensions in the Middle East, a worsening U.S.-China relationship, a record share of negative-yielding global debt, the first inversion of the Treasury 2/10 curve in the post-Global Financial Crisis era, the first Federal Reserve rate cut in more than a decade, and a fresh record low yield on the 30-Year Treasury Bond. Over the trailing 12-month period, the Fed has switched gears from a multi-year tightening cycle, to a brief “pause,” to today’s environment of policy easing via interest rate cuts and intervention in the Treasury market.

Despite accommodative financial conditions and forward guidance pointing to a continuation, global equity returns for the quarter were generally negative, outside of a modest positive performance from domestic large cap equity. In fixed income, rate-sensitive sectors, such as core bonds, continued to generate strong returns, outpacing below investment-grade credit and nearly closing the year-to-date performance gap favoring the riskier corners of the bond market. REITs continued to benefit from the immense downward pressure on interest rates in conjunction with a solid labor market, while energy infrastructure performance suffered amid global growth concerns and volatile energy price fluctuations.

In early October 2018, Federal Reserve (Fed) Chairman Jerome Powell described the policy rate backdrop as being “a long way from neutral,” stoking fears the Fed may over-tighten policy and curtail the economic expansion. Over the past year, however, the Fed has reversed course and after a momentary “pause,” the central bank has taken numerous steps to ease monetary conditions.

At their July meeting, the Fed lowered the federal funds rate (FFR) by 25 basis points (bps), representing the first rate cut since December 2008 in what Chairman Powell described as a “mid-cycle adjustment.” The Fed’s fine-tuning of the policy rate regime included a second consecutive rate cut at their September meeting, bringing the upper bound of the FFR to 2.00%.

The Fed has also expanded its balance sheet to the tune of approximately $200 billion in the past few weeks through repo market intervention aimed at stripping Treasury supply out of the market and, in turn, increasing banking system reserve—i.e., liquidity balances.

While these operations are likely a temporary solution to short-term funding strains, the combination of lower interest rates and an expanding balance sheet failed to impress risk-taking market participants during the quarter, leaving some to question the timing of the Fed’s apparent backpedaling.

The World Bank, however, estimates that manufacturing comprises just 11% of U.S. gross domestic product, somewhat allaying fears of a manufacturing-driven slowdown impacting other economic sectors. Nevertheless, manufacturing witnessed the loss of 2,000 manufacturing jobs in September, which was 1 of just 3 negative monthly readings during President Trump’s time in office. Unfortunately, as the manufacturing sector has soured, the services sector has also turned lower.

Overseas, the European Central Bank (ECB) is grappling with a growth slowdown of their own, the theme of which has been in place for the past handful of quarters but has recently gathered pace. Through August, for example, the Conference Board reported the first negative annual growth reading for the Euro Area Leading Economic Index, a composite of factors designed to lead the business cycle since 2013. A similar downward trajectory has also been evident in the U.S., but the U.S. measure remains in positive territory.

Considering muted inflationary pressures and meaningful growth headwinds, the ECB lowered its deposit facility rate deeper into negative territory at their September meeting by 10 bps to -0.50% and announced a new asset purchase program set to take place in November. Expectations for a more accommodative monetary path in both the U.S. and Europe in the coming quarters may indeed help sustain the ongoing economic expansion, but this course leaves the Fed and ECB with fewer traditional policy tools to combat future downturns, an eventuality that investors could face sooner rather than later, should the current trajectory fail to improve materially.

To conclude, market performance across most major asset categories was modest in the third quarter, with rate-sensitive sectors continuing to display strength. Investors were inundated with headlines around recessionary fears, shifting central bank policies, U.S.-China trade war developments, and geopolitical tremors in the Middle East. Despite a recent shift towards a more accommodative monetary backdrop in both the U.S. and Europe, global risk assets appear to have encountered some resistance, as the anticipatory nature of financial markets likely priced in much of the recent policy easing in the first half of the year. 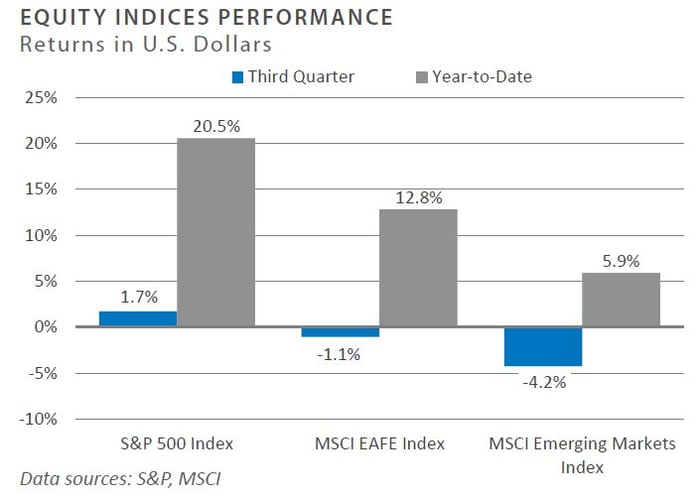 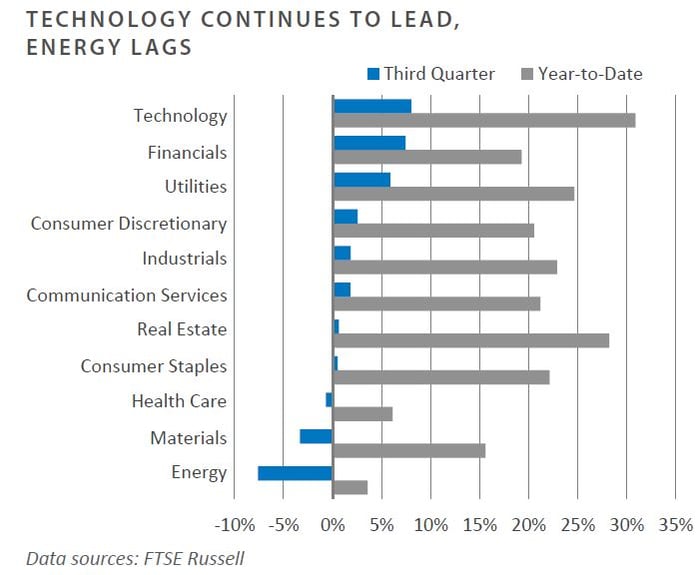 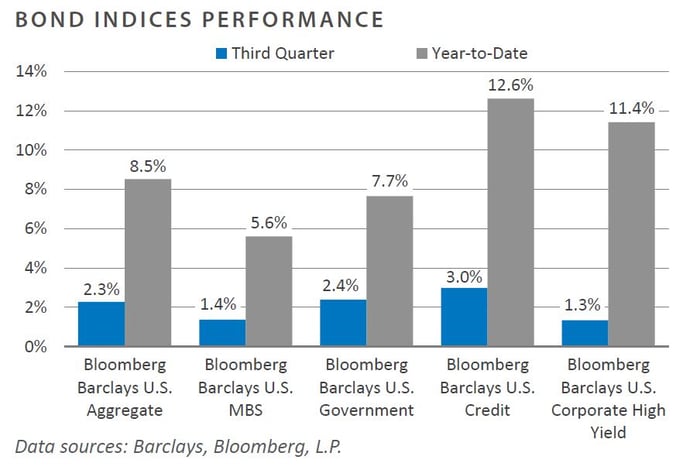 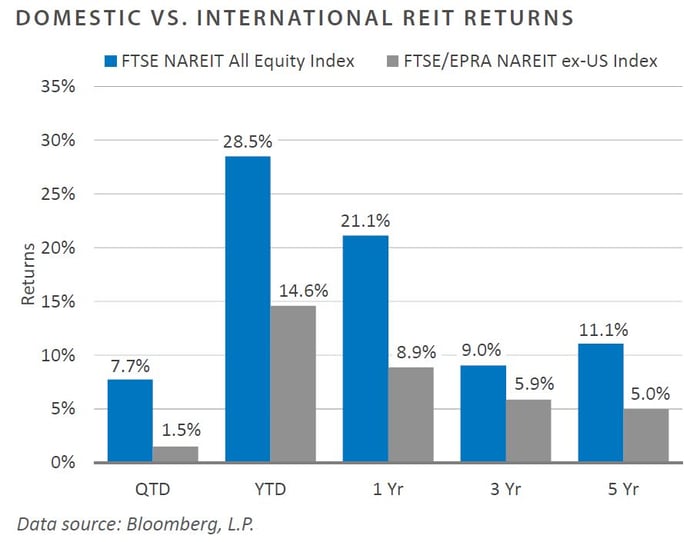 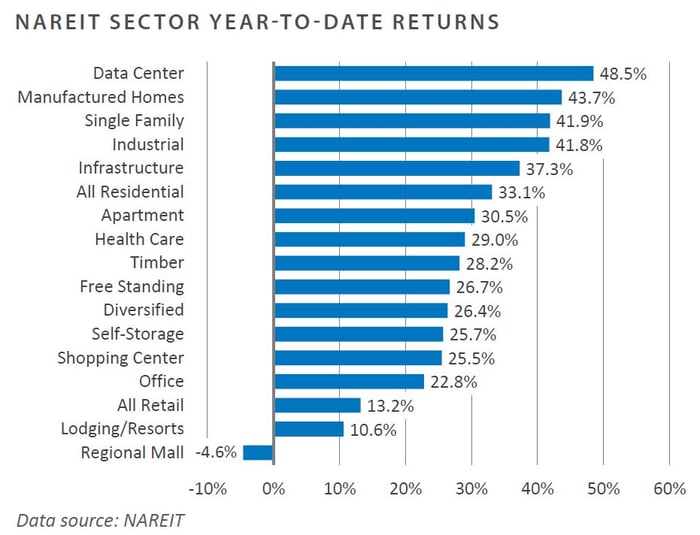 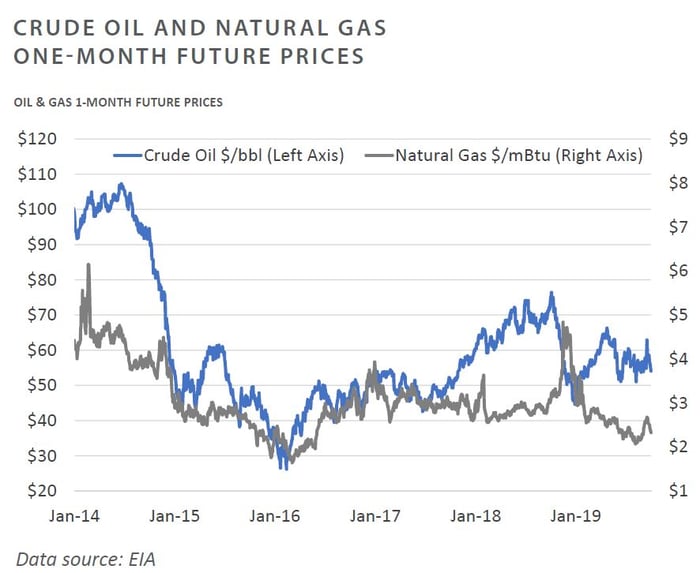 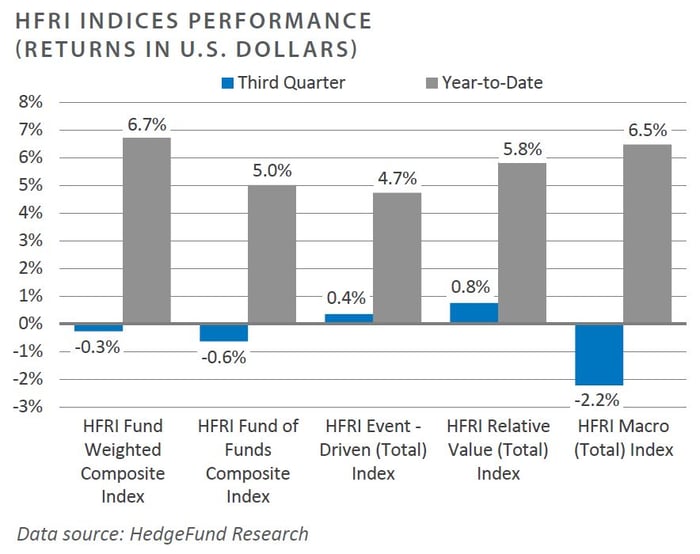 All data is as of September 30, 2019 unless otherwise noted.