Our talented team of investment professionals regularly create and distribute educational materials delivering timely data, perspectives, and insight on the markets and related topics. You can review our most recent publications below.
Recessionary Warning Signs Begin to Appear in the United States | July 15, 2019

Trade wars, a global economic slowdown, and a recent cooling across U.S. economic data were overwhelmed by expectations for accommodative policy responses by global monetary authorities during the second quarter, unleashing a wave of investor asset-buying across the risk spectrum. Safe-haven assets, such as Treasuries and precious metals, posted handsome returns alongside solid performance from the risk corners of the marketplace, such as equities, high yield credit, and REITs. This somewhat confused market environment, in which both risk-on and risk-off asset categories experienced positive returns, occurred during a quarter that marked the longest U.S. economic expansion on record. Elsewhere in the markets, rising geopolitical tensions and an ongoing debate regarding the president’s influence on the (independent) Federal Reserve’s monetary initiatives helped drive volatility higher and likely contributed to the unusual market environment that characterized the quarter.

Recessionary Warning Signs Begin to Appear in the United States

Since early 2018, the global economy — excluding the U.S. — has been in the midst of a slowdown, much of which can be attributed to trade war-induced growth headwinds and capital outflows from international asset categories and into domestic equivalents.

Until the second quarter, the U.S. appeared to be resilient against this troubling global backdrop; however, over the past few months, the U.S. economy’s buoyancy has come under pressure, with incoming data suggesting the domestic economy may be in the early stages of succumbing to international weakness.

Initially, the housing market was the only major area of the economy that appeared to be slowing, as home price appreciation cooled to its lowest levels since 2012, mortgage application volume declined, delinquency rates appeared to have bottomed, and home affordability deteriorated.

Signs of more broad-based weakness surfaced in the second quarter, however, as the manufacturing and services sectors weakened to near contraction, previous labor market strength began to moderate. Despite mounting expectations for numerous cuts to the federal funds rate, most Treasury yield curve slopes had already inverted or were on the verge of inverting.

The European Central Bank, Bank of Japan, and Federal Reserve (Fed) have all responded to the unstable global backdrop by invoking dovish sentiment back into the market, which has aided in stemming what would presumably be an unfavorable market environment for incremental investor dollars.

Despite these policy efforts, recessionary fears continued to mount during the quarter, with market-based measures — such as the slope of Treasury yield curve, survey-based forecasts, and model-based estimates — reflecting an increasing probability of a U.S. recession on the horizon.

The Federal Reserve Bank of New York’s probability of recession 1-year ahead model, which is driven by the yield spread between 3-month Treasury bills and 10-year Treasury notes, ended the quarter at 32.9%, the highest probability of a recession in the upcoming 12 months as measured during any point of the current business cycle.

Over the past three cycles, each occurrence of a greater than 30% probability saw the U.S. economy tip into recession approximately 13 months later, on average. Consequently, a counterbalancing act between natural economic forces and the Fed’s best efforts at stalling an inevitable inflection from expansion to contraction is set to play out in the coming 12-18 months, with a U.S. presidential election also thrown into the mix.

To conclude, positive market performance was generated across nearly every corner of the liquid global investment universe, as both safe-haven and defensive sectors performed notably well alongside healthy returns from the opposite end of the risk spectrum. A critical set of events have the potential to transpire over the next 12-18 months, including the potential for a cycle turn, the return to accommodative monetary policy in the U.S., and easing conditions in other markets, in addition to the all-important 2020 presidential election. 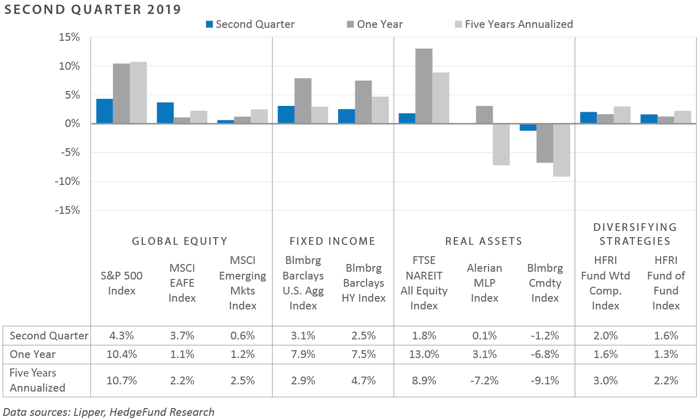 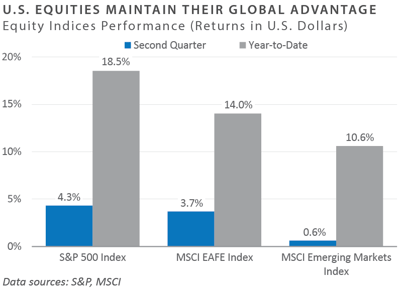 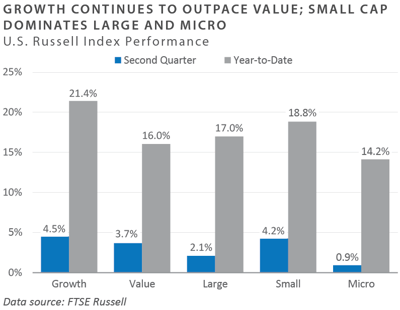 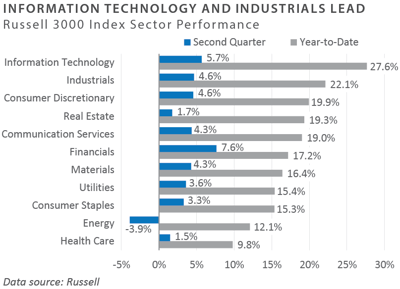 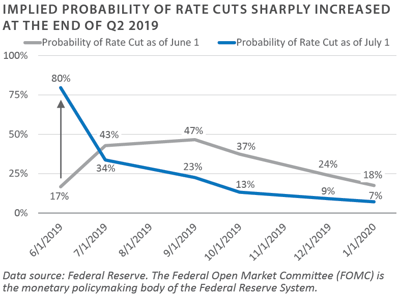 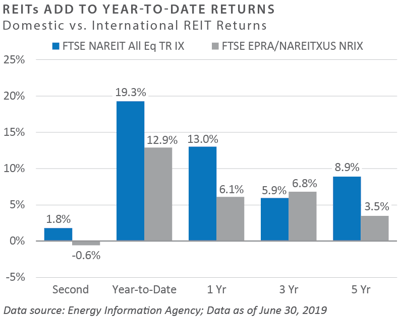