Our talented team of investment professionals regularly create and distribute educational materials delivering timely data, perspectives, and insight on the markets and related topics. You can review our most recent publications below.
November 19, 2020

Market performance in October presented investors with increased dispersion; global equities generally posted negative performance—outside of a gain within the emerging markets—and the higher quality sectors of the fixed income market declined amid an increase in interest rates, while credit-oriented sectors eked out positive performance. The performance of real assets was similarly directionless, in aggregate, with REIT performance suffering against a backdrop of rising rates and continued fundamental headwinds, while commodities and global infrastructure posted declines and energy infrastructure sectors experienced gains. The ongoing rebound across the U.S. labor market, among other key areas of the economy, accelerated during the month, as COVID-19 cases increased.

The ongoing recovery across the U.S. labor market, a key pillar behind the domestic economic engine, displayed no apparent signs of letting up through October. Nonfarm payrolls, for example, surprised to the upside with a 638,000 print—versus the Bloomberg median consensus estimate of 580,000 jobs—and helped chip away at the more than 20 million jobs lost between March and April. 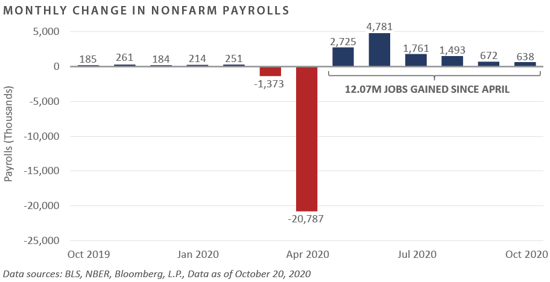 The headline unemployment rate, which surged to 14.7% in April, its highest level since at least 1948, also surprised to the upside, improving to 6.9% versus the sell-side estimate of 7.6%. While the pace of improvement in both payrolls and unemployment is likely to continue to moderate, the momentum behind the ongoing domestic economic recovery appeared strong through October, underscored by a rapidly improving labor situation.

At the time of publication, odds of a “clean sweep” of the White House by Democrats—in which the Democratic party wins a majority in the Senate and House of Representatives, in addition to the presidency—appeared very low, with the odds tilted in favor of the Republicans retaining control of the Senate. The potential for gridlock with a divided Congress and a Democratic president may limit the size and scope of future fiscal stimulus measures, with a change in leadership at the Federal Reserve also likely to present investors with a clouded outlook for the near-term policy path.

To summarize, market performance in October was directionless, in aggregate, with generally mixed performance among the largest asset classes. The ongoing recovery across the domestic labor market lost no steam during the month, underpinning the economic recovery that has taken place since March. Looming gridlock in Washington, however, could temper the boost the economy may receive from future stimulus. 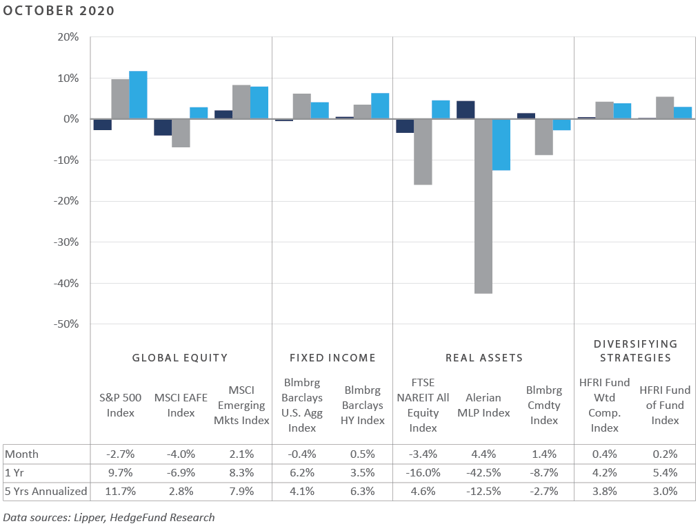 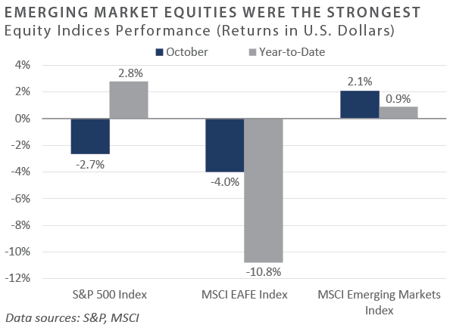 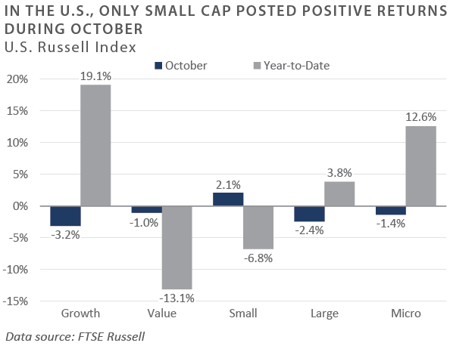 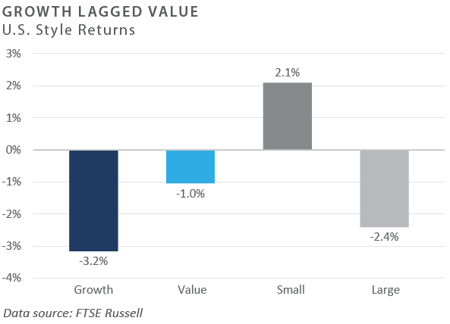 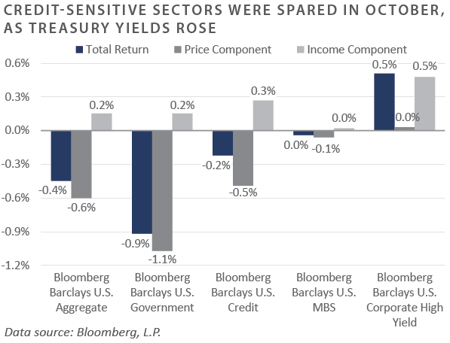 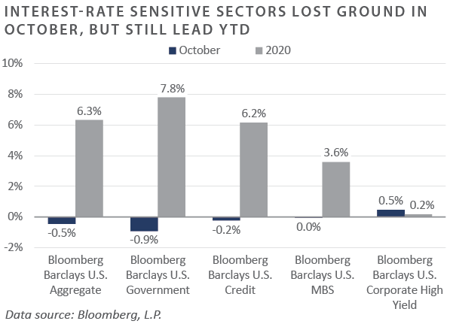 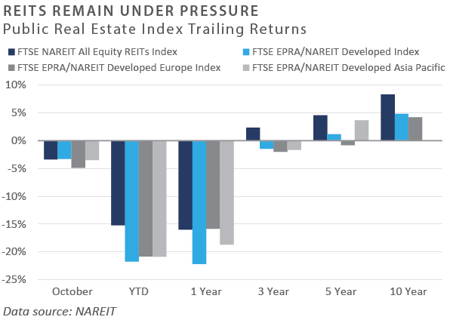 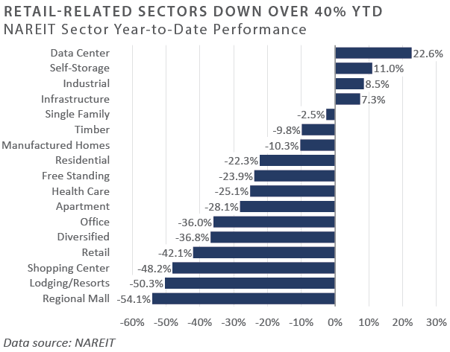 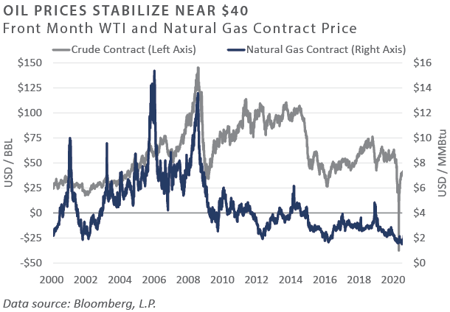 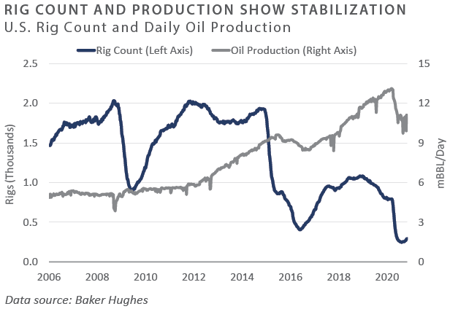 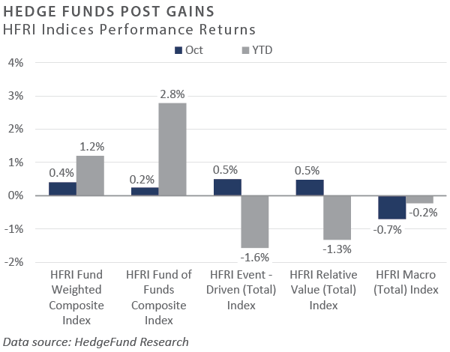