Our talented team of investment professionals regularly create and distribute educational materials delivering timely data, perspectives, and insight on the markets and related topics. You can review our most recent publications below.
November 14, 2019

The Federal Reserve (Fed) lowered interest rates at their October policy meeting, representing the third consecutive cut amid an ongoing adjustment in the Fed’s level of accommodation. The combination of lower policy rates, renewed increases to the size of the Fed’s balance sheet, and positive Brexit developments helped send the global exchange rate value of the U.S. dollar lower in October. Rising interest rates beyond the short end of the curve in the U.S., as well as steepening sovereign yield curves globally, accompanied the decline in the greenback. Concurrently, near-term recessionary risks appear to have abated in October. Accommodative financial conditions and forward-based measures reflect a similar bias over the coming quarters, supporting the shift in sentiment.

Global equities witnessed broad-based strength, particularly in international markets, with anticipation of a successful “phase one” trade deal between the U.S. and China underpinning the strong performance. Fixed income returns were modestly positive except for slight negative performance in bank loans, which have generally failed to keep pace with the rest of the bond market this year. Performance across real assets was mixed, with generally strong performance across the asset category—particularly international REITs—but notably poor performance in energy infrastructure.

At their late October policy meeting, the Fed lowered the federal funds rate (FFR) by 25 basis points (bps), bringing the new upper bound on the targeted FFR level to 1.75% and representing the third decrease to this key interest rate so far this year. Market-based estimates, such as those implied by prices on Fed funds futures, point to muted odds of a fourth rate cut at the Fed’s final meeting of 2019, slated to take place in mid-December.

In addition to applying downward pressure to borrowing costs through cuts to the FFR, the Fed’s continued intervention in the Treasury repo market has resulted in a nearly $300 billion increase in the size of the Fed’s balance sheet since August, a process of which is expected to persist through at least January 2020. The combination of rate cuts, an expanding balance sheet, and cautious forward guidance have helped allay fears of a near-term secular inflection in the business cycle or an abatement of the ongoing equity rally.

Looser monetary conditions, progress on the Brexit front, and waning safe-haven demand for safe-haven assets helped send the value of the dollar lower during the month, as the ICE U.S. Dollar Index declined 2.0% from September, the worst monthly decline for the dollar since January of last year. Despite the sizable move lower in October, the dollar continued to appear expensive, at one standard deviation above its historical downward trend.

The depreciation of the dollar in October aided in driving impressive performance across international equity markets, while also supporting the increase in both Treasury interest rates and the slope of the yield curve.

With a current policy rate below 2% and a balance sheet already north of $4 trillion, the Fed’s stimulative efforts in the next downturn may require far more scale and creativity, potentially serving, in turn, as a primary headwind to the dollar over the secular horizon. In the currency markets, however, one country’s currency weakness is another’s strength. With economic growth and inflation rates generally below trend, and trade pressures abundant, the prospect of sharply appreciating currencies globally is expected to be met with meaningful resistance across much of the developed world.

To summarize, the Fed lowered interest rates for the third time in 2019 at their October policy meeting, with forward estimates pointing to the potential for one more 25 basis point cut over the next 12 months. A material move lower in the dollar helped support strong performance across risk assets, particularly abroad, but the dollar continued to appear expensive on a historical basis. 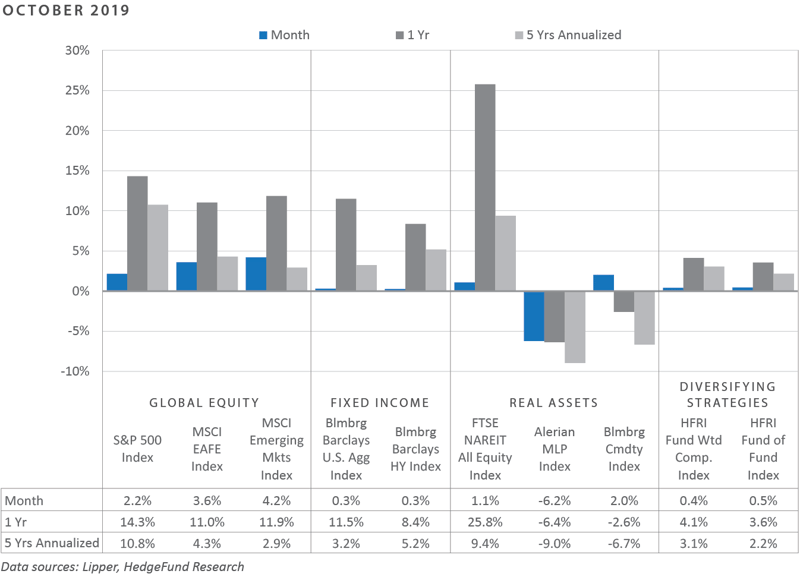 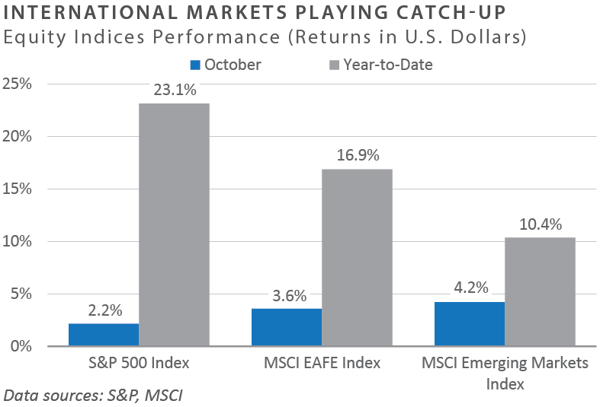 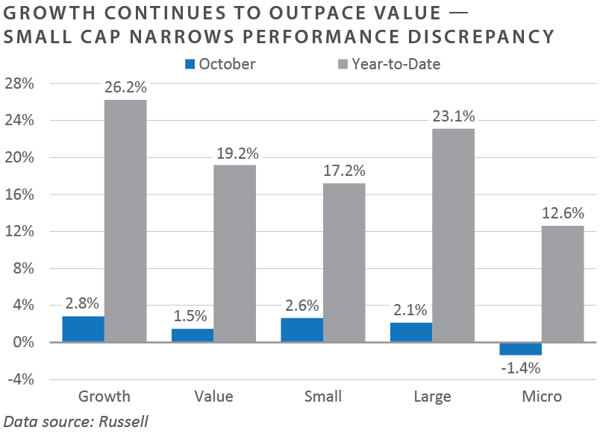 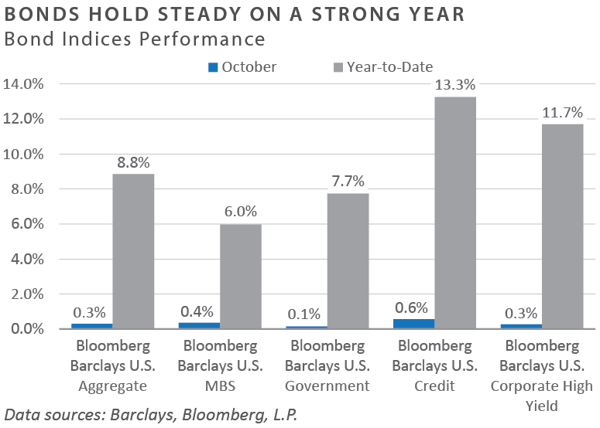 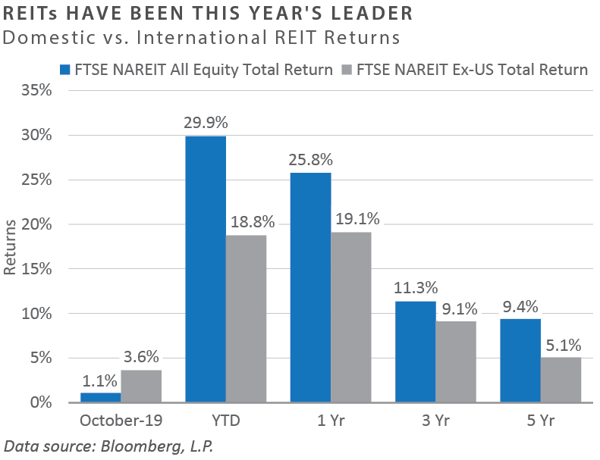 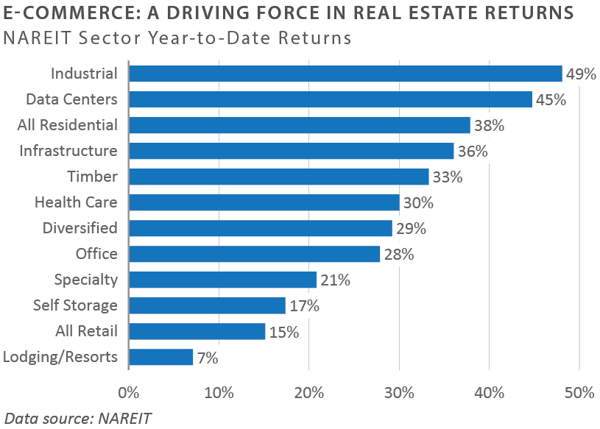 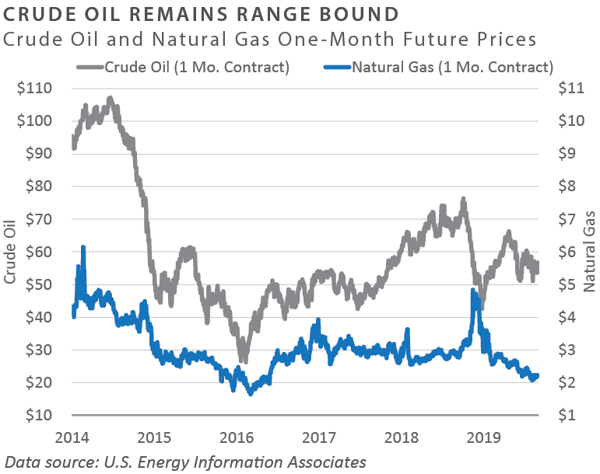 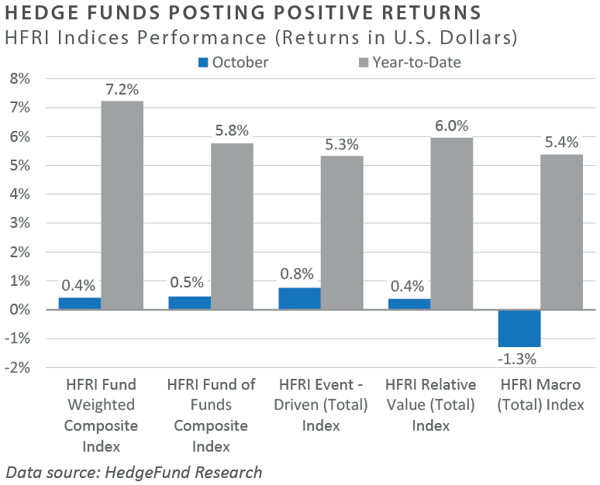