Our talented team of investment professionals regularly create and distribute educational materials delivering timely data, perspectives, and insight on the markets and related topics. You can review our most recent publications below.
December 17, 2019

Following the Federal Reserve’s (Fed’s) third consecutive interest-rate cut in late October and combined with bright spots among certain U.S. economic data, market performance across most traditional asset classes and categories, particularly in domestic markets, was positive in November. However, the strengthening U.S. dollar and fundamental concerns—including persistent trade uncertainty between the U.S. and China—served as headwinds to relative performance for international equities.

In the bond market, strong risk-on forces pressured credit risk premiums lower, supporting performance across high yield and bank loans. Performance across real assets was overwhelmingly negative in November, as strong recent REIT returns took a breather in response to an increase in interest rates and a material weakening of energy infrastructure sub-asset categories on seasonal concerns and fundamental pressures.

The ADP reported that U.S. employers added just 66,900 jobs during the month, the second-weakest monthly jobs reading in the post-Global Financial Crisis era, with the weakest reading occurring earlier this year in May (45,700 jobs). The news from the more-widely followed BLS Employment Situation was more optimistic, highlighting a historically strong U.S. labor market through the month, which should provide the Fed with confidence that its three rate cuts since July and resumption of balance sheet expansion have helped support business conditions. This report should also reassure President Trump that the ongoing trade battle with China has failed to materially impact the broad U.S. labor market.

However, while favorable labor market dynamics in November provide a glimpse of the current state of the economy, they cannot necessarily be relied upon as a leading indicator for future conditions. After all, nonfarm payrolls comprise more than 50% of The Conference Board’s Coincident Economic Index, a composite business cycle gauge comprised of factors that, as the name suggests, coincide with the economic cycle. Among the more useful gauges of where the economy may be going versus its current state is the Department of Labor’s weekly initial jobless claims data, more commonly known as first-time filings for unemployment insurance.

Recent claims data suggests that the rate of improvement appears to be at risk of completely stalling out, with little-to-no improvement witnessed year-over-year, while hovering near 50-year lows.

A number of factors on the near-term horizon have the potential to keep the current expansion on track, including the significant room for improvement in U.S.-China trade relations, the potential for fresh fiscal stimulus in 2020, the prospect for a return of synchronized global central bank balance sheet accommodation (QE), among other latent cycle-extending tailwinds.

To conclude, market performance in November across most major asset classes and categories was strong, supported by favorable economic-related data in the U.S. and positive sentiment for an eventual Phase 1 trade deal between the U.S. and China. Strong labor market fundamentals during the month helped calm investors’ fears of a near-term recession; however, forward-based labor market measures continue to point to a moderating growth bias in the coming quarters. 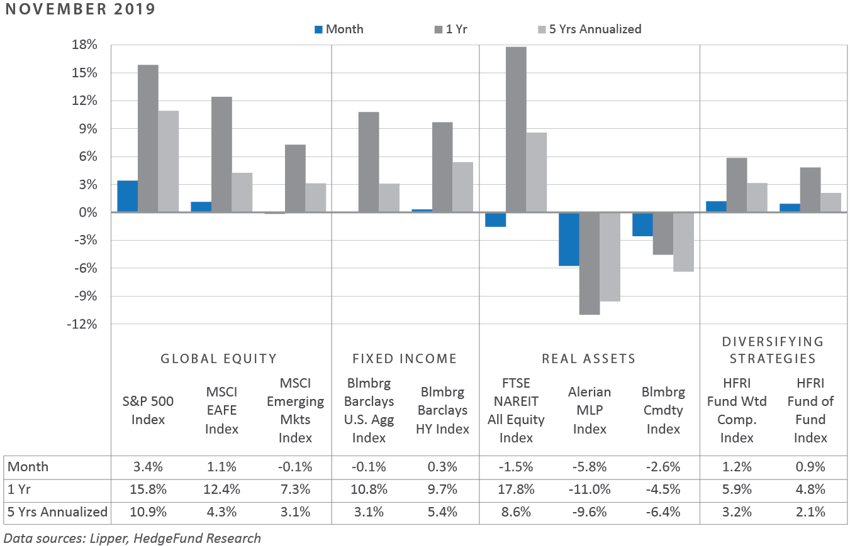 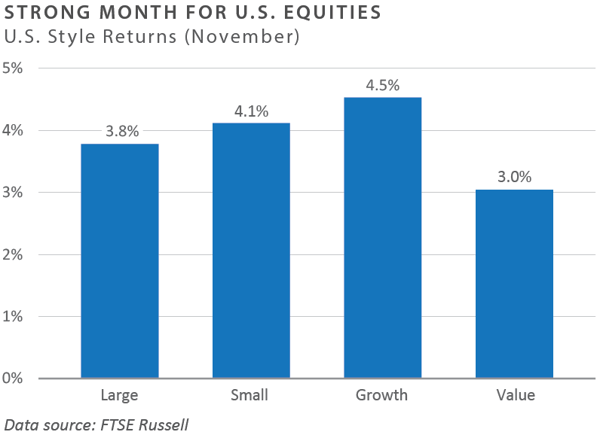 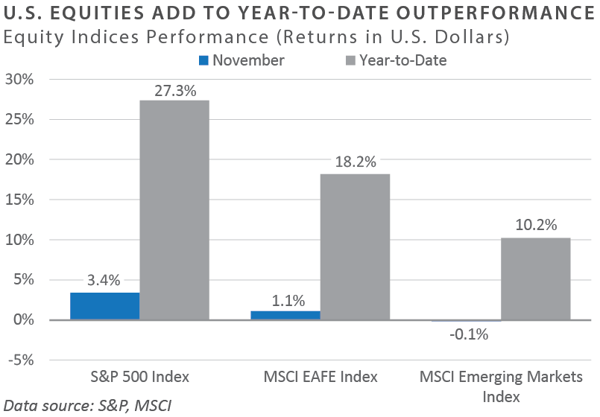 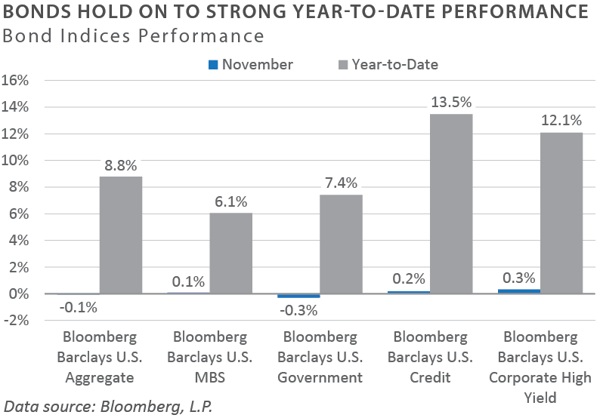 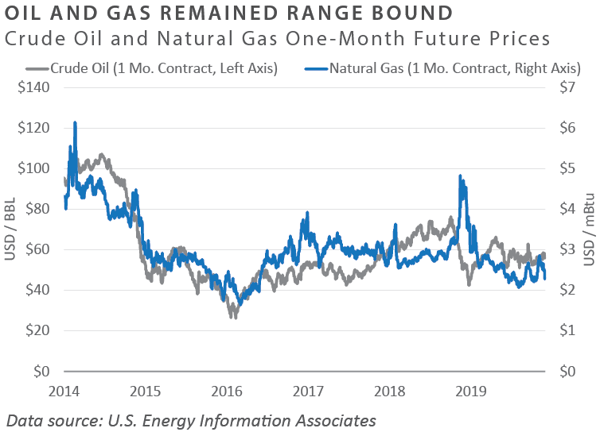 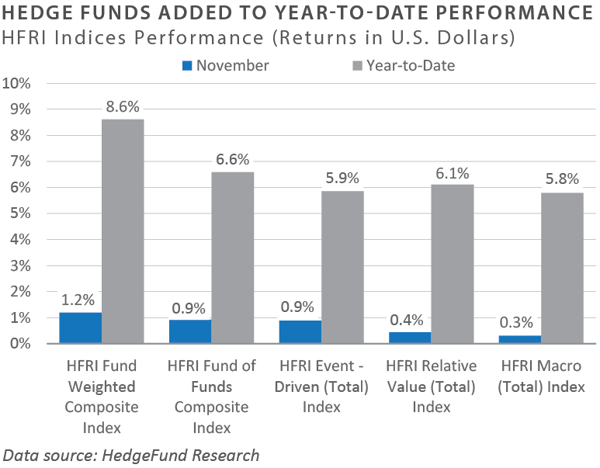