Our talented team of investment professionals regularly create and distribute educational materials delivering timely data, perspectives, and insight on the markets and related topics. You can review our most recent publications below.

While the calendar has moved into Spring, fresh data on private capital performance is as of December 2018. The negative spike in public equity, credit, and energy prices in the fourth quarter quickly reversed in early 2019, and the impact on year-end private fund returns appears modest.¹ Fourth quarter private fund data remains preliminary as of this writing.

Is this a fair reflection of “fair market value”? Some argue this latent pricing effect distorts true value and unfairly smooths volatility measures; specifically, standard deviation of quarterly returns. Others note the valuation process for private funds appropriately reflects the long-term holding periods for these assets.

An MIT Sloan School of Management study on the accuracy of valuations in private equity concluded that fund managers displayed a tendency to reflect positive post-period public market performance in their valuations but to ignore the opposite.² That said, the study found year-end audited financials did not show the same effects.

On the basis of studies like this, investors have gained more comfort with the nuances of private capital investing and private markets continue to thrive. Recent industry reports were issued by management consultant powerhouses McKinsey and Bain. Bain comments, “We see fundamental shifts happening…toward much larger private capital opportunities versus traditional public equity models.”³ McKinsey concludes, “Private markets are going mainstream” and notes global private equity net asset value has grown 7.5x since 2002, more than twice as fast as public market capitalization.⁴ With increased sophistication on the part of both investors and managers as well as less-than-robust IPO activity, this trend appears to have legs.

FEG remains skeptical of abundant cash flowing into venture funds and venture-backed companies. Certain structural changes to the market are influencing the data. These changes include companies staying private longer, capital from non-traditional venture fund sources such as public cross-over or larger corporate investors, and the falling cost of scaling businesses. Performance has been strong but remains meaningfully unrealized for more recent years as the number of exits has declined. 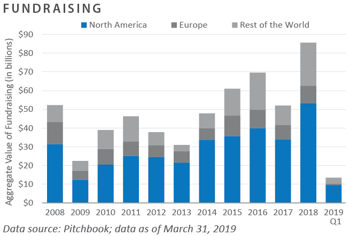 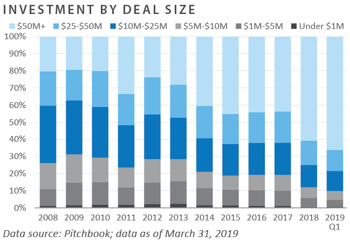 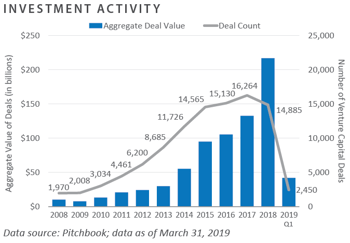 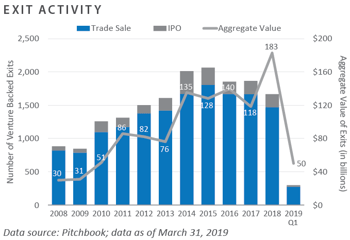 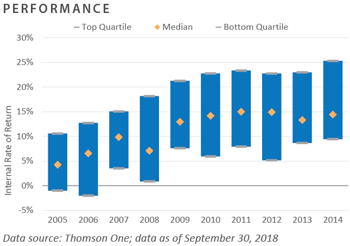 Near-record levels of available capital (i.e., dry powder) combined with elevated purchase price multiples are reason for concern within the buyout strategy. Fewer funds are closing, but those which are closing are larger, pushing median and average fund sizes even higher. Increased competition, high valuations, and market volatility have started to negatively impact private equity-backed exit activity. Despite these trends, private equity fundraising remains constant and shows no sign of slowing down. Limited partners continue to allocate capital to leveraged buyout strategies, with the bulk of the capital in vehicles raising more than $1.0 billion in aggregate capital commitments. The proliferation of capital allocated to middle-market strategies is likely to have an impact on the lower-middle-market in the form of larger valuations and increased deal activity. The number of transactions between private equity firms—secondary buyouts or sponsor-to-sponsor—is likely to increase. Given this backdrop, investors should remain cautious. Limited partners should continue to favor general partners with investment philosophies built on fundamental value and operational improvement, not financial engineering. Disciplined management teams with experience leading companies thru multi-year macroeconomic cycles should be able to benefit if/when the broader private equity market experiences a downturn. 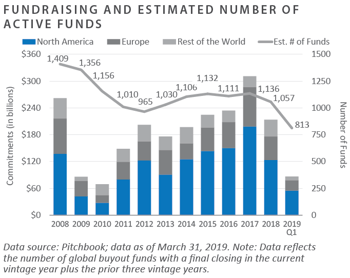 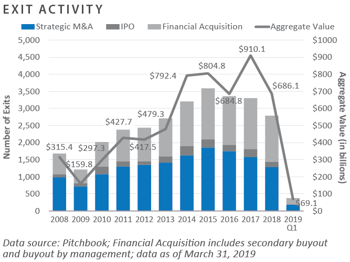 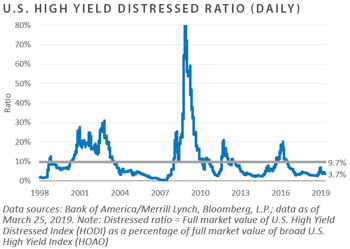 Over the past decade, low interest rates and global monetary stimulus have been critical factors supporting the real estate market’s recovery, and a potential reversal of these tailwinds could lead to a correction. The real estate recovery has reflected both steadily improving fundamentals as well as investors’ search for yield in a low interest rate environment, which has positively impacted real estate values in major metropolitan markets and more recently in secondary markets.

Despite cap rates being near record lows in many markets, commercial real estate continues to offer attractive yield spreads compared to 10-year government bonds. Broad demographic trends continue to impact real estate, including the rise of online retailing (negative for retail; positive for industrial), shared work environments (office sector), and a desire for increased connectivity that is changing how and where people live and work (multi-family/apartment sector). FEG maintains a cautious outlook for the broad commercial real estate markets and continues to focus on identifying managers with theme-based, opportunistic strategies and a bias towards more defensive sectors. 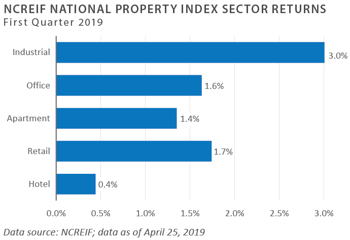 The U.S. energy environment continues to evolve, with record-levels of production and volatile commodity prices for the foreseeable future. Private energy funds face multiple challenges and will need to adapt to changing market conditions and investor expectations. Moreover, the strategies pursued by private energy funds will need to adapt to reflect the current environment and will likely involve longer holding periods and fewer “quick” realizations. FEG is focused on engaging managers who understand these factors and have integrated them into their investment strategies to remain competitive in this market. 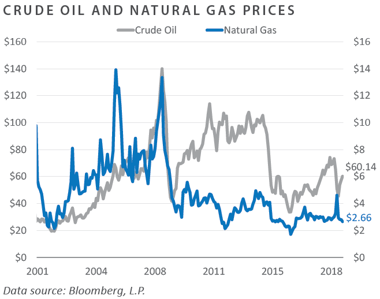 Evolution of Private Energy: The Road Ahead

Neither the information nor any opinion expressed in this report constitutes an offer, or an invitation to make an offer, to buy or sell any securities.
Any return expectations provided are not intended as, and must not be regarded as, a representation, warranty or predication that the investment will achieve any particular rate of return over any particular time period or that investors will not incur losses.
Past performance is not indicative of future results.