Our talented team of investment professionals regularly create and distribute educational materials delivering timely data, perspectives, and insight on the markets and related topics. You can review our most recent publications below.
May 14, 2020

U.S. economic data took an expected but devastating turn for the worse in April, with the labor market shedding more than 20 million jobs and the unemployment rate spiking to 14.7%, the highest level since the Bureau of Labor Statistics data series began in 1948. The initial estimate of first-quarter GDP was released at month-end and showed the U.S. economy contracting 4.8% quarter-over-quarter, the worst quarterly real GDP print since the fourth quarter of 2008.

Despite some of the most challenging economic conditions since the Great Depression, risky assets generated overwhelmingly positive returns—particularly among global equities, which saw double-digit total returns in most domestic sectors. International equities also posted strong performance. In bonds, most major sectors experienced positive returns, the theme of which was magnified in below investment-grade credit as the Federal Reserve’s (Fed’s) announcement of the creation of a special purpose vehicle (SPV) to purchase corporate bonds helped tighten credit spreads. Performance across real assets was also generally positive in April, with a sharp rebound experienced in energy infrastructure.

As COVID-19 spread throughout the nation in April, key U.S. economic data weakened to depths not witnessed since the Great Depression. For example, the Bureau of Labor Statistics reported the loss of 20.5 million nonfarm payrolls jobs, the worst print of this data, dating back to 1939, and more than 10 times worse than the previous record of 1.96 million job losses experienced at the conclusion of World War II in September 1945.

The historic increase in the number of unemployed persons and a more than 6 million person decline in the size of the labor force sent the headline unemployment (U-3) rate to 14.7%, from 4.4% in March, the highest reading since at least 1948.

Although the employment picture appears dire, once shutdown measures begin to be lifted and business activity resumes in earnest, many of these jobs should presumably return. The resumption of employment could eventually lead to new job readings of historic scale, but in a positive fashion, unlike the current and near-term backdrop.

The looming restart to the economy—which cannot come soon enough for millions of struggling American households and small businesses—may be followed by an eventual pullback in Fed liquidity, the accommodative measures of which have recently included multi-trillion dollar increases in its balance sheet, as well as interest rates at the zero-bound. This tapering of liquidity, which at the present time appears supportive, could lead to a renewed increase in market volatility, potentially increasing the opportunity set for skilled active managers.

In the interim, the U.S. economy is likely to display fits and starts, as the return to normality will first be accompanied by negative economic readings not witnessed in nearly 100 years, as the corporate bias ultimately shifts back to a “growth” versus “preservation” mindset.

To conclude, market performance in April was strongly positive, particularly among global equities, as historically weak economic data was met with offsetting accommodative policy measures, both monetary and fiscal, the existence of which may ultimately be reined in to some degree once a new sense of normality is established. 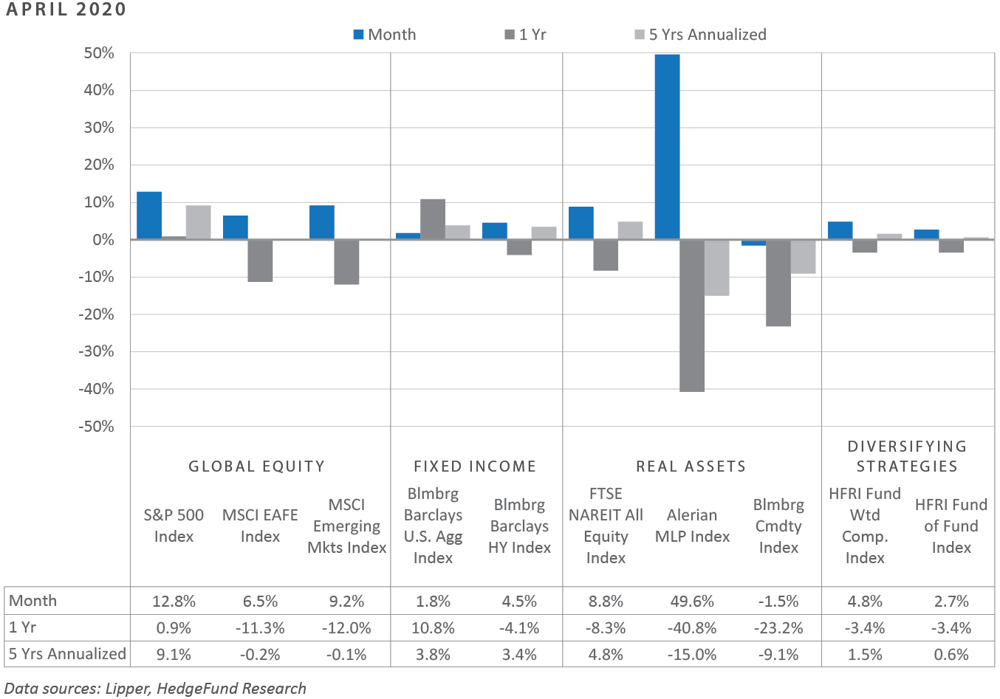 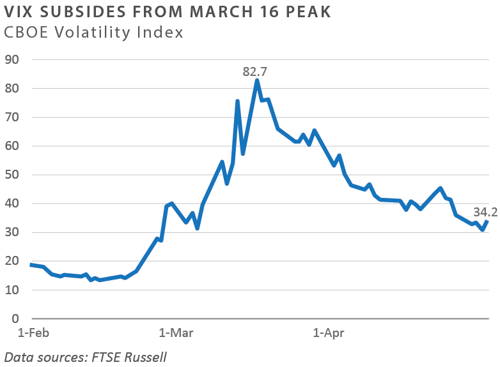 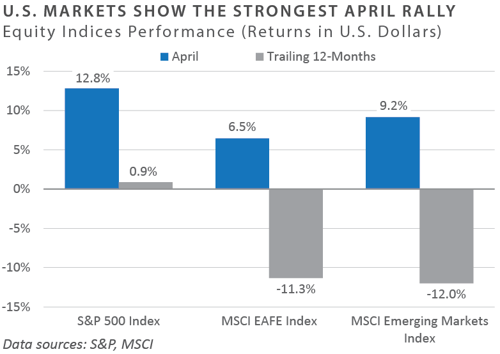 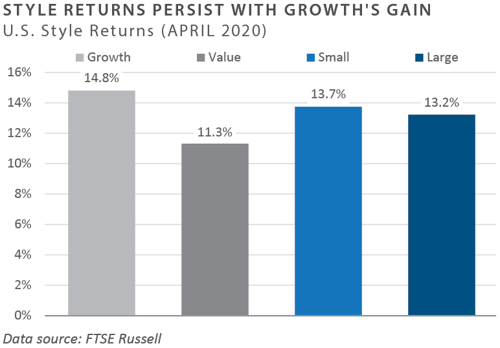 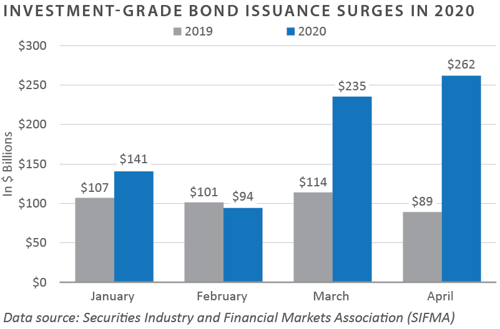 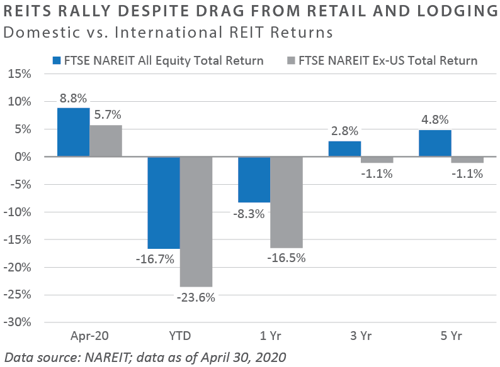 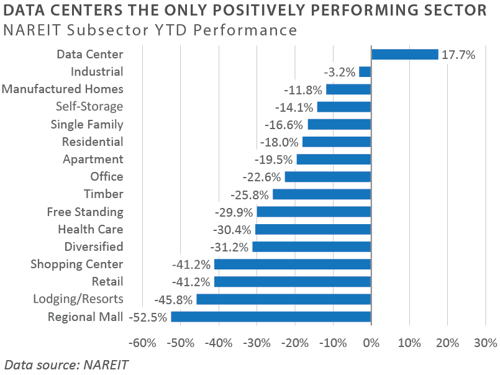 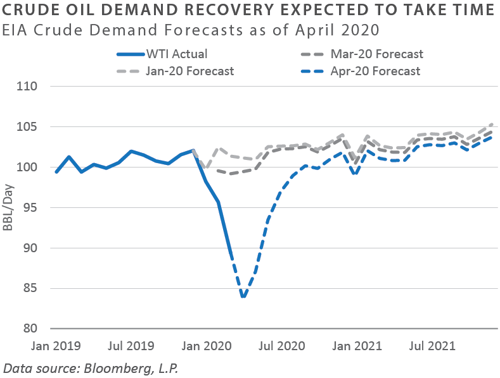 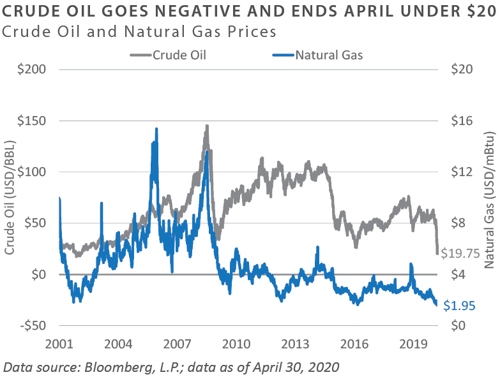 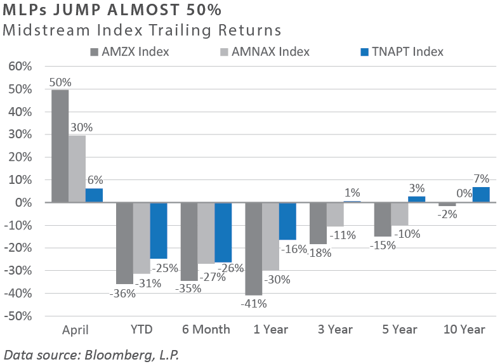 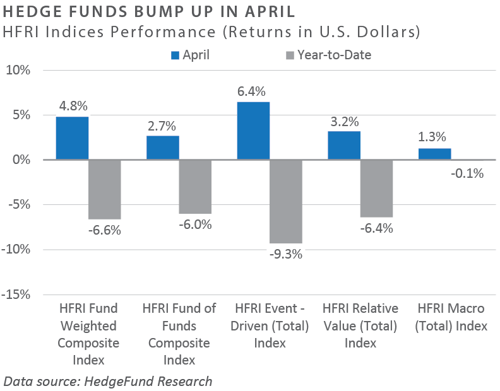